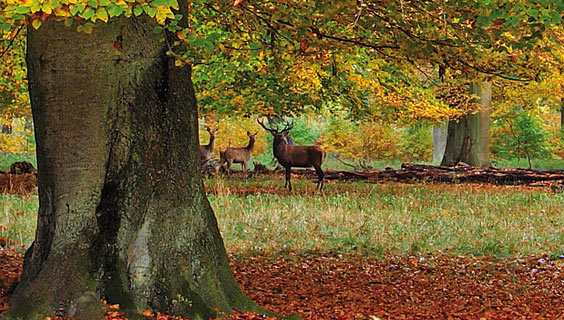 Mother Nature is an artist and sometimes she outdoes herself. Such is the case with Cades Cove, located at the western end of the Great Smoky Mountains National Park. This secluded, flat little valley, 4,000 acres in size, is surrounded by the undulating contours of the mountain ridges. For the best overview of the sheltered fields, intermittent woods, and historical buildings in Cades Cove, drive Rich Mountain Road. The view will take your breath away. It is picture perfect.

But Cades Cove is so much more than a pretty picture. It is a destination filled with discoveries that will entertain and educate visitors of all ages. To tour Cades Cove, drive the one-way 11-mile loop that follows the outer edge of the cove. You’ll be slowly cruising the curves and exclaiming at each new vista that opens up before you. There are two crossover roads if you need a shortcut to the exit or want to revisit a section of Cades Cove. Allow at least a half day for your visit, especially during the busier tourist seasons.

Cades Cove is a great place to view wildlife. You’ll probably see herds of deer grazing, or perhaps a single deer jumping gracefully over a fence. You might hear the busy cluck, cluck, cluck of a flock of wild turkeys as they peck for food in one of the open meadows. If you come shortly after dawn or just before dusk, you might be lucky enough to spot a black bear rooting for grubs in a fallen tree. Don’t approach the bears, though, as they can be dangerous.

For centuries Cades Cove was a hunting ground of the Cherokee Indians. When the first white settlers started arriving in the early 1800s, they were helped by Kate, the wife of Chief Abraham. It is believed that the name Cades Cove evolved from Kate’s Cove. A treaty in 1819 officially opened up the valley to settlement. By the mid-1800s there were 132 families (about 500 people) farming the precious flat land.

Today, Cades Cove is home to one of the most complete collections of historic structures in Southern Appalachia, letting visitors see firsthand how people subsistence-farmed and lived off the land. Step inside one of the early churches for some old-time religion. Stop at the log cabin homes and imagine raising a family in such a primitive shelter. Visit the barns of the pioneer families where they housed their animals. Halfway along the loop is the Cable Mill area, where you’ll see a working grist mill, a blacksmith shop, a cantilever barn, and a representative frame house. There’s also a staffed visitor center with restrooms. Pick up a copy of the self-guiding Cades Cove Tour booklet.

Experience nature by hiking on one of the many trails that lead off from Cades Cove. You’ll hear the whisper of the wind through the trees and feel the breeze on your face. Tread on the rocky ground of the trail and dip your fingers into the cool water of various streams. Enjoy the shade under the trees and the spots of sunlight where the leaf canopy opens.

Two popular hikes are the Abrams Falls Trail (easy 5-mile round trip) and the Gregory Ridge Trail (strenuous 11.4-mile round trip). The first trail starts off crossing Abrams Creek by bridge and then takes you up the gorge to the picturesque Abrams Falls. The water plunges over a bluff down 20 feet into a quiet pool 100 feet across. Gregory Ridge Trail is considered one of the most scenic trails in the park, with open vistas and the bare rocks of Gregory Bald. You’ll walk through old-growth forest with its enormous trees. From late June to early July, you’ll see the glorious colors of the flaming azaleas in bloom.

Don’t want to hike? See nature up close another way. Be adventuresome and go horseback riding. Relax on a hay wagon ride. Rent a bike and pedal your way through Cades Cove. From mid-May through early September, Saturdays and Wednesdays from dawn until 10am, the road is reserved for cyclists and closed to vehicles.

If you have time to stay awhile, bring a picnic lunch. At the entrance to Cades Cove, a picnic area welcomes visitors to eat at a table beneath the trees or next to the stream. There’s also a campground if you can stay overnight. You’ll savor the evening quiet that comes from being miles away from town. Learn more about Cades Cove’s flora, fauna, and history by attending an evening ranger talk.

Cades Cove is a joy to visit in every season. Take time to discover the many wonderful aspects of this unique little valley nestled within the Great Smoky Mountains.

In 1902, Pastor John D. McCampbell built the Cades Cove Methodist Church. The building’s two-front-door design was merely a copy of another church design that allowed men to enter and sit on one side of the chapel and women and children on the other. However, records indicate the Cades Cove Methodist congregation was more relaxed and sat where they pleased.

John P. Cable’s Mill was one of the few sources of power in Cades Cove. Its water wheel drove one of the early grist mills. Cable and his son hoped that other families would prefer paying them to grind their grain rather than struggle with small inefficient tub mills at home. They were right, and as a result, ran a fine business grinding corn and wheat. The Smoky Mountains Natural History Association keeps the Cable Mill running from April-October to teach Smoky Mountain visitors a little about life in the 1800s. 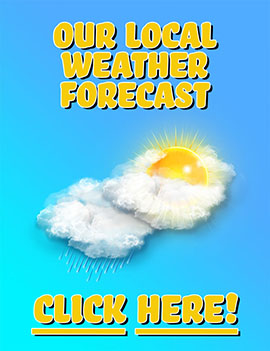